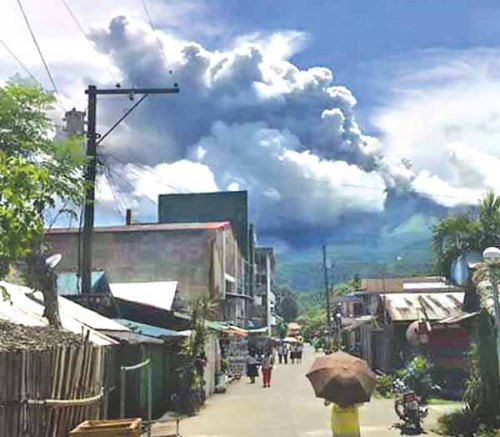 In the latest bulletin issued by PHIVOLCS at 6:00 pm, Bulusan Volcano’s ash fall occurred at 5:01 pm, which also reflected as an explosion type earthquake that lasted for four minutes and twenty-one seconds.

PHIVOLCS detected a total of 12 volcanic earthquakes prior to the ash fall.

The agency raised Alert Level 1 over Bulusan Volcano and the public is reminded not to go inside the 4-kilometer radius Permanent Danger Zone (PDZ) due to risks of sudden steam and ash explosions.

PHIVOLCS said it is closely monitoring the volcano’s activity and advised residents located in the northwest and southwest sectors of the volcano to take precautions against ash falls.

PHIVOLCS also reminded residents near valleys and river channels to be watchful against lahar.

It is considered as the Philippines’ 4th most active volcano after Mayon, Taal, and Kanlaon. Its last eruption was in June 2015.