The hearts of small galaxies may hide a mysterious kind of black hole that has long proved elusive: medium-size black holes with masses between the mass of a few suns and that of millions of suns, a new study finds. 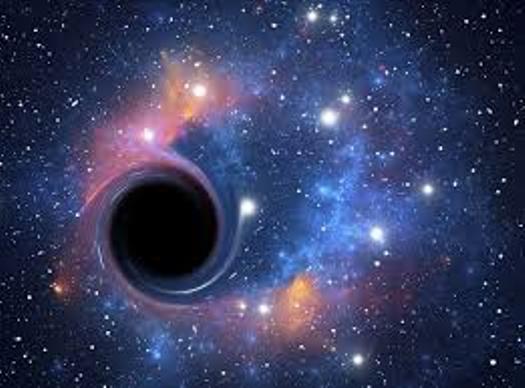 Much remains unknown about the origins of supermassive black holes; they seem to have grown extraordinarily fast and appeared early in cosmic history, but researchers don’t know exactly how. One theory involves intermediate-mass black holes — those with masses between 100 and 1 million solar masses — that previous research suggested might serve as the middle stages between stellar-mass and supermassive black holes. However, evidence for these missing links remains scant. [The Strangest Black Holes in the Universe]

“Intermediate-mass black holes are ubiquitous in the local universe,” study lead author Igor Chilingarian, an astronomer at both the Smithsonian Astrophysical Observatory in Cambridge, Massachusetts, and Moscow State University in Russia, told Space.com.

Black holes of any kind are challenging to spot because, as their name suggests, they are black, making them difficult to see against the blackness of space. One way to detect black holes indirectly is by looking for extraordinarily bright galactic cores. Prior work suggested that these so-called “active galactic nuclei” are likely black holes that unleash vast amounts of energy as gigantic clouds of gas “accrete” or fall into them.

“These are very faint sources of X-rays at the centers of galaxies,” Avi Loeb, chair of astronomy at Harvard University, told Space.com. “Because they’re faint, they can’t be seen at great distances, so the researchers had to look at the nearby universe. It’s very challenging to see these sources, because there are also stars at the centers of galaxies, and the researchers needed to distinguish these sources from stars all around it. This is why many of these sources were not seen before.” Loeb was not involved with the new study.

The researchers detected 10 active galactic nuclei that they suggested were intermediate-mass black holes, ranging in mass from about 36,000 to 316,000 solar masses.

The researchers found that the greater the masses of the intermediate-mass black holes were, the larger the central bulges of stars usually were in the galaxies that hosted them. A similar relationship is also seen with supermassive black holes, Loeb said. “This suggests the same process that builds black holes also builds galaxies; it starts with smaller galaxies and is seen in bigger galaxies,” he said. [No Escape: Dive Into a Black Hole (Infographic)]

Loeb expected to see intermediate-mass black holes in the centers of many small galaxies. “If you go back in time to the early universe, these were the most common galaxies,” Loeb said. “Galaxy formation is a hierarchical process; galaxies start small, and grow in mass by mergers and by accreting more matter.”

However, there are other possible origins for both intermediate-mass and supermassive black holes that scientists need to explore, Loeb said. For instance, intermediate-mass black holes could have originated from the collisions of stars in extremely dense star clusters. In addition, black holes 100,000 to 1 million solar masses in size could have formed from collapsing massive gas clouds in the early universe, he added.

“The more we can learn about the origins of intermediate-mass and supermassive black holes, the more we can understand about the evolution of galaxies and the universe,” Loeb said.

Chilingarian and his colleagues are now using one of the Magellan telescopes in Chile to improve their estimates of black-hole masses, and they hope to inspect 13 promising intermediate-mass black-hole candidates with the Chandra X-ray Observatory. Chilingarian also noted that, if the eROSITA X-ray space telescope launches as planned in 2019, “the number of confirmed intermediate-mass black holes will grow by an order of magnitude.”