New findings suggest a series of current events are weakening the Earth’s magnetic field. Above the liquid outer core is the mantle – made up of viscous rock composition which can be molded or shaped due to intense heat and high pressure, this is called convection. At the boundary between Earth’s core and mantle there is an intense heat exchange – this is called convection. 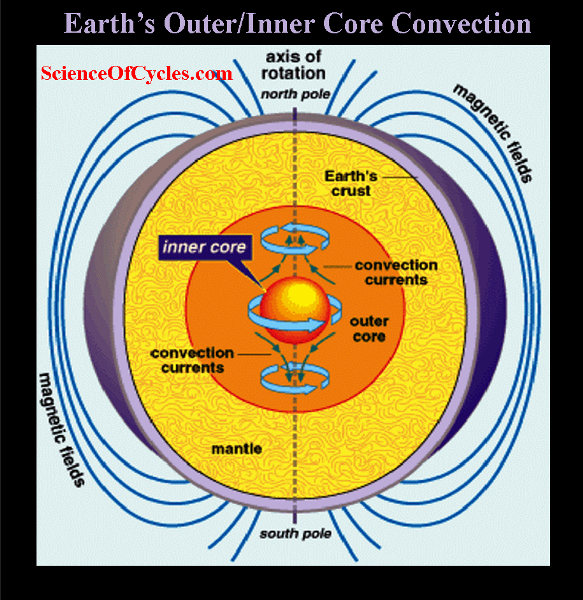 What creates Earth’s magnetic field is the process through which a rotating, convecting, and electrically conducting fluid which makes up the geodynamo mechanism. Recent studies indicate a slow flowing solid mantle and its reciprocal connection with a hot fast flowing outer core – is the central focus of Earth’s magnetic field weakening. The outcome of this convection between Earth’s outer core and mantle is the production of mantle plumes and the formation of fluid ‘crystallization’. Mantle plumes are a reaction to the Earth’s dipole magnetic core acting as a thermostat.

As a result of a weakened magnetic field coupled with a deep solar minimum, is allowing an alarming amount of galactic cosmic rays to enter our planets environment. In a paper published in the journal American Geophysical Union (AGU) Space Weather, associate professor Nathan Schwadron of the UNH Institute for the Study of Earth, Oceans, and Space (EOS) and the department of physics; says that due to this solar cycles vast drop in solar activity, a stream of cosmic ray particles are flooding Earth’s atmosphere – and further driving in and through Earth’s core. 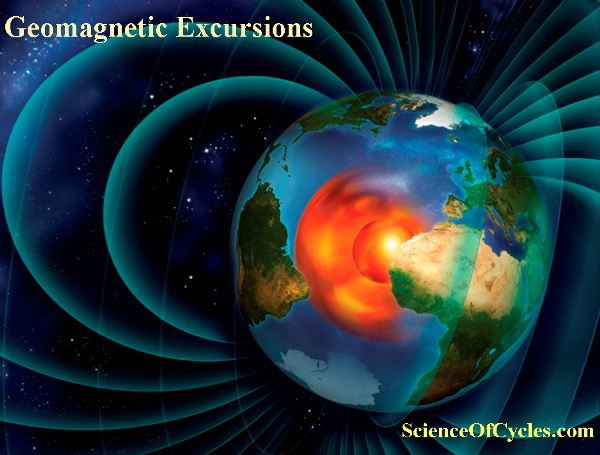 Additionally, a major consequence of a weakened magnetic field, in conjunction with an inundation of space radiation, allows for the redistribution of gas and fluids which could contribute to Earth’s tilt and wobble. It is this action/reaction which could affect the convection process allowing for the north/south magnetic field lines to bounce around northern latitudes. This is known as geomagnetic excursion.

My research suggests radiation produced by GCRs has a significant influence on Earth’s core by increasing temperatures. In viewing Earth as a living entity, a natural reaction to overheating would be to find a way to cool down. And that’s exactly what Earth does. When our planet becomes overheated…it sweats. Yes, just like us humans when we get overheated, we sweat through our pores. When Earth becomes overheated it sweats through its pores called ‘mantle plumes’. Earth, just like humans is always seeking to maintain its ambient temperature.

In relation to this current moderate-term cycle i.e. 20,000-40,000 years – in conjunction with this long-term cycle i.e. 22myr -60myr (million years) my study’s identify a pattern of a weakening magnetic field, and influx of highly charged particles sets up the perfect conditions to produce a magnetic excursion followed by a magnetic reversal.

**Thank you for your much needed contributions. Every little bit helps, and those of you who have the means to sponsor this research, please step forward. Go to the click here button to support this work.  CLICK HERE

Part – VIII How Far Along Are We In This Cycle?