The first-ever detection of highly energetic radiation from a microquasar has astrophysicists scrambling for new theories to explain the extreme particle acceleration. The team’s observations led by Hui Li, Los Alamos National Laboratory’s Theoretical Division says; “”What’s amazing about this discovery is that all current particle acceleration theories have difficulties explaining the observations.” 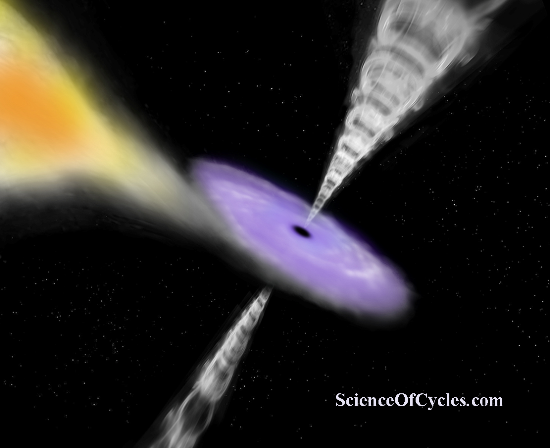 A microquasar is a black hole that gobbles up debris from a nearby companion star and blasts out powerful jets of material. The team’s observations, described in the Oct. 4 issue of the journal Nature, strongly suggest that particle collisions at the ends of the microquasar’s jets produced the powerful gamma rays. Scientists think that studying messages from this microquasar, dubbed SS 433, may offer a glimpse into more extreme events happening at the centers of distant galaxies.

The team gathered data from the High-Altitude Water Cherenkov Gamma-Ray Observatory (HAWC), which is a mountain-top detector in Mexico that observes gamma ray emission from supernova remnants, rotating dense stars called pulsars, and quasars. Los Alamos, funded by Department of Energy Office of High-Energy Physics, helped build HAWC, which was completed in 2015. 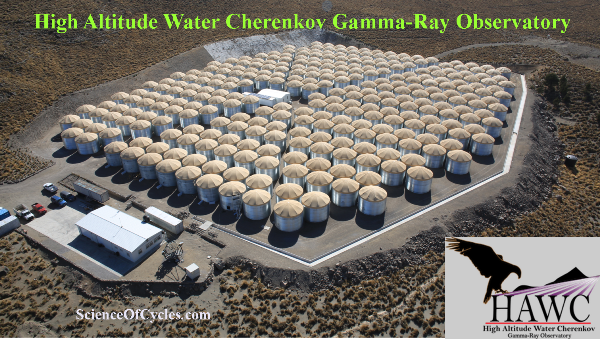 Based on their analysis, the researchers concluded that electrons in the jets attain energies that are about 1,000 times higher than can be achieved using earth-bound particle accelerators, such as the Large Hadron Collider. The jet electrons collide with the low-energy microwave background radiation that permeates space, resulting in gamma ray emission. This is a newly observed mechanism for getting high-energy gamma rays out of this kind of system and is different from what scientists have observed when the jets are aimed at Earth.

I’m excited about raising money for other kids – kids with hearts that don’t exactly work right and to help fund new medicines and treatments to be discovered.                     Please help me make a difference!  Thank you!